Moorehall Lodge Drogheda Residents bring the house down with laughter 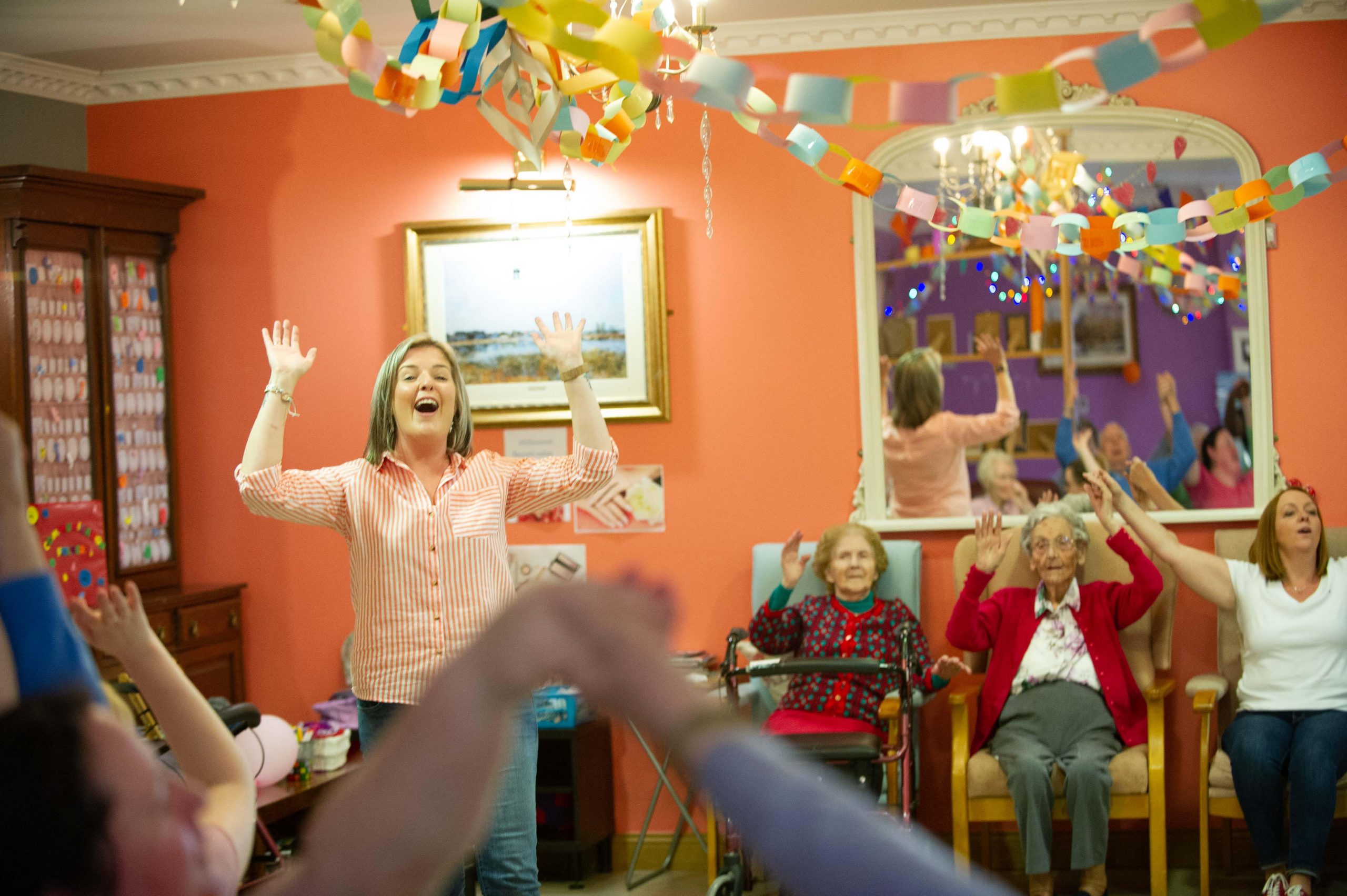 Posted at 13:37h in Moorehall Living by admin

The residents and staff of Moorehall Lodge Drogheda brought the house down on national radio last week thanks to their innovative laughter yoga classes. (The episode is available to listen to and download here)

RTE Radio One’s Today With Sean O’Rourke featured a report on the classes, which involve a combination of breathing exercises, child-like playfulness and laughter exercises to produce laughter for prolonged periods of time.

Classes are hosted on a monthly basis, as part of an active social programme, and involve residents and staff from all six households at Moorehall Lodge Drogheda.

“Laughter is a serious business and it is the best medicine. It is amazing to share it in a nursing home where you can see people’s eyes and faces lighting up as the class progresses,” said Louise.

“In the classes, we use fake laughter to stimulate and generate real laughter. Laughter makes everything feels better, teaches you resilience and consistently lightens everyone’s mood.”

Director of Care at Moorehall Lodge Drogheda, Caroline Day, believes that there are amazing benefits from the classes, which include such sections as giving out laughter.

“We have six households here, and so all residents may not know each other. But when they start laughing it creates a connection between people, especially those who may be shy about making connections with others,” said Caroline.

“Behind the laughter there is work being done, giving the residents a talking point among themselves and their visitors.

“Laughter yoga has so many benefits. Because participants are breathing in more, they are increasing their lung capacity, allowing more oxygen in which leads to more relaxation.

“While the residents may start off with a fake laugh, before you know it, it turns into a real laugh.,

“After the yoga has finished, residents will still be in that happy mode for about an hour afterwards.”

The classes, which have been running for a year, were originally suggested by Moorehall Living’s activities co-ordinator Frances Byrne.

RTE listeners heard Moorehall Lodge residents speak about how much they enjoyed the class and couldn’t stop laughing.

“It makes me feel good. Everywhere you look, someone is laughing,” said one resident.

Family visitor Liam Doran was effusive in his praise for the classes.

“These activities, and the socialisation that goes with it are absolutely vital,” he said.

“You can see this morning that my mother-in-law is buoyed up by it. She is happy and talking about it. Little activities go a long way.” 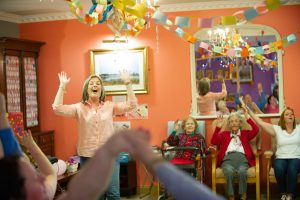 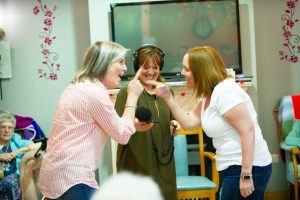 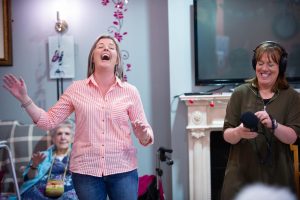 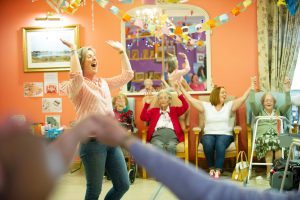